You Deserve to Have Faith, First and Foremost, in Yourself

I was in middle school the first time I heard the expression, “Knowledge is Power.”

I was the ultimate nerd in middle school.  I spent my afternoons indulging in my obsession over lichens, traipsing through the vacant fields behind our luxury apartment with my magnifying glass and collection plates.

I went to a small international school in Germany where I was able to take bonus classes in high school.  All twelve grades were housed in the same building, so I only had to walk across the gymnasium to my advanced biology class where I’d absorb all the information that they threw at me while I crushed on the cute Scottish boy who sat next to me.

For most of the day, I was in classes with my same-aged peers.  When my teacher shared the phrase, “Knowledge is Power” with us I distinctly remember taking a good, long, slow look at the kids in the classroom and thinking that this phrase is distinctly not true.

If knowledge is “power,” then I wouldn’t be picked on mercilessly in class.  The boys, who just the day before, had positioned a bucket of water in the corner of the classroom door which had unceremoniously dumped onto our teacher, wouldn’t still be here in the classroom.

If knowledge was power, we’d be able to get through our daily lessons without having to stop because the class was talking too much or distracted by a completely non-sequitur topic. And I wouldn’t always be the last one picked in P.E.

I had, what felt like to me, a lot of knowledge, but very little power.  Like many of you, I felt like that a lot of my life.

What Sir Francis Bacon didn’t lay out in his brilliant statement is specifically what kind of knowledge do you need to have to be powerful.  Obviously, it isn’t knowledge about lichens – or – from my more adult perspective, knowledge about how to soothe a newborn baby, how to fix a hearty bowl of soup to feed your family when funds are tight, or how to emotionally prop up an anxious 12-year-old during a pandemic.

What kind of knowledge was Sir Francis Bacon actually referring to?

Over time this statement has often been used to highlight the importance of education.  More recently, this statement refers to being “in the know” about conspiracy theories.

Maybe it’s time, instead of trying to understand what defines knowledge, we look at this statement through the exploration of what is power?  In the material world and through the lens of material consciousness, power is force.  Power is controlled by numbers and how much access you have to material resources.  Basically, those with the most toys win.

The knowledge that defines this kind of power is the ability to know how to take seize, hustle, hoard, usurp, and steal resources. This knowledge teaches us how to play a zero-sum game and come out as the winner.

Because this is a zero-sum game, no one wins until a certain group of people have power over the vast majority of the resources.  We are living on the very edge of this formula and if we continue this game a whole lot of us are going to lose.

But we no longer live in the material era.  Science has shown us that the world isn’t really a material world.  It’s a quantum world.  The material world is simply an artifact of a quantum reality that plays according to a different set of rules.

In the quantum world, the person who “wins” and has the most amount of power, is the person who builds a big enough field of quantum information that eventually drops into material formation once it reaches a critical mass.

Quantum science has shown us that manifestation is influenced by emotional alignment. We now understand that the cosmos itself is biased towards unity, coherence and advanced states of organization and goals and intentions that are in alignment with this core bias are more powerful than those that go against it.

Our core problem with power is that we fail to yield it.  We are so deeply entranced and hypnotized by the material world that we don’t allow ourselves to cultivate the faith to create anything beyond what we know how to create.  We don’t dream.  We don’t imagine.  Some of us have even stopped hoping…

In the Quantum Era, power comes not from force, but from faith.  How much faith you have determines what and how much you can create.  It determines how much you can build, influence, endure, sustain and, ultimately, how many resources you create so you can share more with the world.

Faith is a muscle that is cultivated with practice.  Faith, by definition, is the belief in something that you can’t see and the possibility of doing something you don’t know how to do.  Faith lives on the very edge of creativity and builds the infrastructure for evolution and growth.  The details get filled in as you go but, without faith, there is no scaffolding for the details to fill in.

Maybe knowledge in an era when information is so accessible isn’t really as powerful as it used to be. Maybe the new currency of power is faith.  In a Quantum Revolution, it is the people who consciously cultivate the largest field of information on a quantum level, by virtue of the faith that they hold, who have the potential to hold the most power.

What do you have faith in?  Are you actually dreaming big enough to stretch beyond what you know to do?  What field of quantum information are you building?  Are you laying the foundation for what you really want to be experiencing on our planet?  If not, let’s get to work building something different…

Your Quantum Human Design teaches you exactly how you can build your faith muscle. You can learn more by visiting www.quantumhumandesign.com.

Because, you deserve to have faith, first and foremost, in yourself.

Thank you for joining me for Cosmic Revolution.

You are a once-in-a-lifetime cosmic event. To find out more about how to continue your dreams and make a difference in your world, Click HERE.

Listen on your favorite podcast platform: 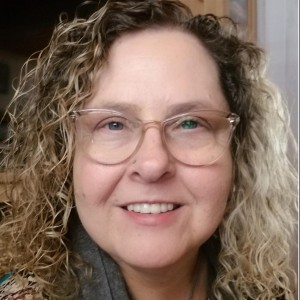