The Human Design chart is really a map for the entire possibility of what it means to be human. If you look at it from this perspective, it’s pretty amazing to see the potential of what we can be as a species and, of course, what is possible for us on a personal level. We’re designed to love, be abundant, grow and evolve, take care of each other, create, experience, ponder and always sense our connection to Source. (And so much more!)

Homo sapiens has had a relatively short run on this planet. We are, in some ways, a big experiment. If you understand the mechanism for evolution that is revealed in the Human Design chart, that is absolutely true.

We can’t and don’t evolve without experimentation.

Our individual lives are really just short “blips” on the timeline of human evolution. And yet, as we continue to grow and evolve, what we do and create with our individual lives can have lasting impact on the future lives of others.

Sometimes the experiments we launch serve a specific function, but as we continue to grow and change, we outgrow some of our previous creations. We are a pretty complex creation and the only species that I am aware of that has the potential for deliberate conscious evolution.

This level of consciousness gives us the capacity to deliberately evolve how we organize and structure ourselves.

We are actually already doing this. Rebellion and revolution are symptoms of an internal sensing that our current structures are no longer serving us.

But awareness actually empowers us to construct and deconstruct in a very conscious way. We don’t have to destroy to recreate.

It’s so easy, when something doesn’t fit anymore, to react with anger and frustration. Human Design teaches us that anger and frustration are trigger emotions that indicated we are out of balance with our creativity. Time to wait for the next right step to reveal itself…

When we are experiencing anger or frustration (or both) towards a system, it’s not personal. It’s not necessarily about a “bunch of idiots” who have screwed something up (usually). The anger and frustration we’re feeling simply show us that the system isn’t serving our needs anymore and it’s time to begin the process of discovering our better options. We’ve “out-evolved” it.

This is also true of new ideas that don’t “work”. When you understand the process of how new ideas are integrated into the collective system, most new ideas don’t “work” straight out of the shoot. The anger and frustration we experience in the face of a “failed” experiment aren’t personal, just energies that show us that the experiment might need a bit more “tweaking”.

We are designed to tweak and experiment. Experimentation, mistakes and just plain being wrong are crucial parts of the creative process that ultimately lead us to the elegant solution, if we trust the process.

But, evolution is also very practical and mundane. And, as I stated before, we are the only species who can consciously evolve.

There’s a lot of talk about 2012 and the “end of the world” and even the idea of ascension and shifting.

Personally, I believe we are shifting and growing and changing. It’s the nature of being human. Certainly, the Human Design chart shows us that we are designed to evolve. But we’re here in physical form and ascension and evolving isn’t about getting off the planet and living in a higher dimension.

The coolest part about being human is being HERE in 3-D, moving the proverbial mud, doing the work…

My friend and mentor astrology teacher Sao told me once, “People look up at the stars and they think they want to go HOME. If they’d just look around, they’d see that they are HOME.”

So, if we’re home and we’re here to have this very beautifully finite 3-D experience and we are standing on the brink of a shift and we have the ability to consciously evolve, what does that mean?

That means that if we feel called to be a part of deliberately sculpting the future of the world, we have to roll our sleeves up, get messy and make mistakes. We have to set clear intentions about what we want the new world to look like. And we have to dive in and be a part of creating it. 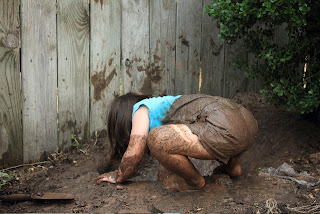 That means we have to make choices and decisions about the kind of government we want, education we want, relationships and legal definitions we want, food and agriculture we want, resources we want, families and communities we want…

And then we have to actively experiment and play in the creative process.

Our education system is a great example of a collective system that we’ve “out-evolved”.

When you look at the Human Design chart you’ll notice that the chart contains lines that connect the geometric shapes. These lines are called channels.

There are three major circuit groups, the Individual, the Collective and the Tribal. Each of these circuits has a unique function in the evolution and spreading of information, values and survival strategies.

When our Western education system was first created, it was in response to the need for factory workers. Factory work is deeply rooted in the “Logical Circuit” in Human Design. The Logical Circuit is one of the Collective Circuits.

In Human Design, Logic is all about patterns that can be consistently duplicated in order to predict future outcomes. The Scientific Process is a great example of the Logical Circuit. Scientific Methodology starts first with doubt, formulates a possibility and, after experimentation, establishes a truth based on patterns that can be validated over and over again.Factory work is simply a consistent repetition of a pattern that gives us a consistent outcome, a product that is relatively predictable.

The education system has beautifully evolved to fit a pattern. Current trends in education are attempting to move the system towards standardization. The current education system wants to be able to mold a child’s mind by applying a consistent process that will give a predictable outcome.

Many of you may be experiencing a gut-reaction to this statement. That gut-reaction is not about the system being “bad” or filled with control-driven people who want to crush or quell your individuality. Your emotional response is simply telling you that we’ve “out-evolved” the current education system.

It’s time to experiment and explore.

The world is engulfed in an information revolution. Industrialism no longer drives the evolving economy (that’s a WHOLE other blog post…). We now need an education system that supports the expression of new ways of thinking and knowing. The current system devalues 60% of the ways in which we are hard-wired to “know” and children who aren’t designed to be Logical are suffering in the system.

About 20% of children in the US are diagnosed with a learning disorder of some type. There are probably others who are struggling without a diagnosis. These are often the kids who don’t fit into the standardized system because they aren’t hard-wired to be “logical”.

A right-brain dominant child learns very differently from a left-brained dominant child and the current education system does not meet the right-brained child’s learning needs at all. In fact the current education system “squashes” the right-brain dominant child.Evolution depends on diversity. If we standardize and homogenize the way in which we think, we crush the possibility of innovation and evolution.I don’t have the solution. I’m not sure anyone has The Solution at the moment. But it is time to experiment with and explore what might be next. (It’s also time to stop hurting children who don’t fit into the system by labeling and medicating them. These kids might actually be the initiators of something fabulous and world-changing if we don’t squash them!)

It is time for us, as part of the conscious evolutionary process, to start dialoging about what we want and what we intend.

And in the meantime, if you want to fire up your brain, get excited and play with possibilities, here’s a link to a very cool interview with Sir Ken Robinson on Ted Radio: 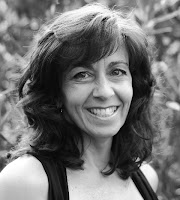 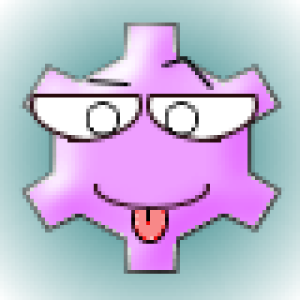